The amount of health claims on food labels today is nothing short of overwhelming. From “fat-free” to “low-sodium” to “non-GMO,” it’s hard to decipher what these claims mean.

The amount of health claims on food labels today is nothing short of overwhelming. From “fat-free” to “low-sodium” to “non-GMO,” it’s hard to decipher what these claims mean.

Genetic engineers take a desired gene from one organism’s DNA and recombine it with the DNA on the organism they wish to change. As a result, the organism will express the new beneficial gene.

Why genetically modify an organism?

You may be wondering why genetic engineers would want to change a plant or animal’s DNA in the first place. Genetically engineering crops provides many benefits to the producer, the environment, and the consumer. Some of these benefits include:

Despite their many perceived benefits, some scientists and doctors are still hesitant about GMOs. The problem is that there is not enough research proving that GMOs are not harmful to the long-term health of humans, animals, or the environment.

Some people are concerned that the genetic changes in these organisms they are eating could negatively interact with their DNA. However, genetic mutations that result from eating GMO foods is not possible.

One downside of GMOs is their effect on the environment. Using GMOs to make crops resistant to ‘bad’ bugs also hurts ‘good’ bugs, and therefore, the greater cycle of nature. This brings us to the point that some people struggle with - the use of GMOs for ethical reasons.

In the end, this form of biotechnology has not been researched enough for scientists to say we should be avoiding GMOs confidently. As the nutritional value of GMO and non-GMO foods is still similar, the safer option may be to eat non-GMO foods until more data is found.

How to buy non-GMO foods and dietary supplements

Interpreting product labels may seem confusing - it is hard to decipher which are non-GMO, especially since GMO labeling isn’t mandatory. If you are looking to buy non-GMO, here are a few tips:

Although non-GMO does not equal organic, most organic ingredients are non-GMO and pesticide-free!

IGEN, a certification program by Certifications by Nutrasource, helps increase consumer awareness about GMOs. IGEN certifies products that claim to be non-GMO as “Non-GMO Tested” or “Non-GMO Certified.” IGEN stands for the International Genetically Modified Organism Evaluation and Notification Program.

IGEN certifies a variety of food ingredients and herbal supplements by ensuring that they don’t contain any GMO genes or GMO proteins. Learn more about the IGEN certification program here.

Be sure to check the ingredients list for GMO additives carefully. The four most common GMO crops are corn, soy, canola, and sugar.

Unfortunately, there are a few unreliable claims that might trick you into buying food that contains GMOs. For example, claims like “natural” hold no real meaning when it comes to GMOs.

4. Eat local produce or grow your own food

Another way to avoid GMOs is to eat locally produced food or food you have grown yourself. Check out our blog on local produce to see the additional benefits of purchasing your produce in-season and from local farmers.

GMOs appear to bring economic, environmental and health benefits, however, there is no scientific consensus around their safety - until then, be cautious with your GMO purchases. 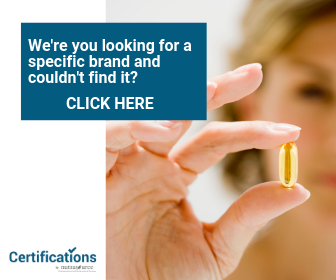